Every year we use around 150 tonnes of wool in our products. The wool we use is washed, coloured and converted into yarn in Europe. On our page about wool you can read more about the qualities and properties of wool, the well-being of the sheep and what happens when they are sheared. The next step in the process is to commence the yarn-making.

In Uruguay and Argentina wool is purchased by Combing Mills that have personal contact with the farms and travel to visit them every year. During this visit, they perform checks of the farms to ensure that the animals are treated well and that the farms adhere to the IWTO’s principles for animal husbandry and welfare. Once this has been checked and everything seems satisfactory, they buy all the wool from the farmer and thereafter perform quality controls in laboratories to remove dirty or weak wool that cannot be used. They investigate things like the number of microns, fibre length and colour.

It is important that the sheep have been treated well and received nutritional food for the wool to be as good as possible. If the animal has been distressed, grazed poorly, or not had good access to water this will be obvious in the quality of the wool, and it will not be usable. 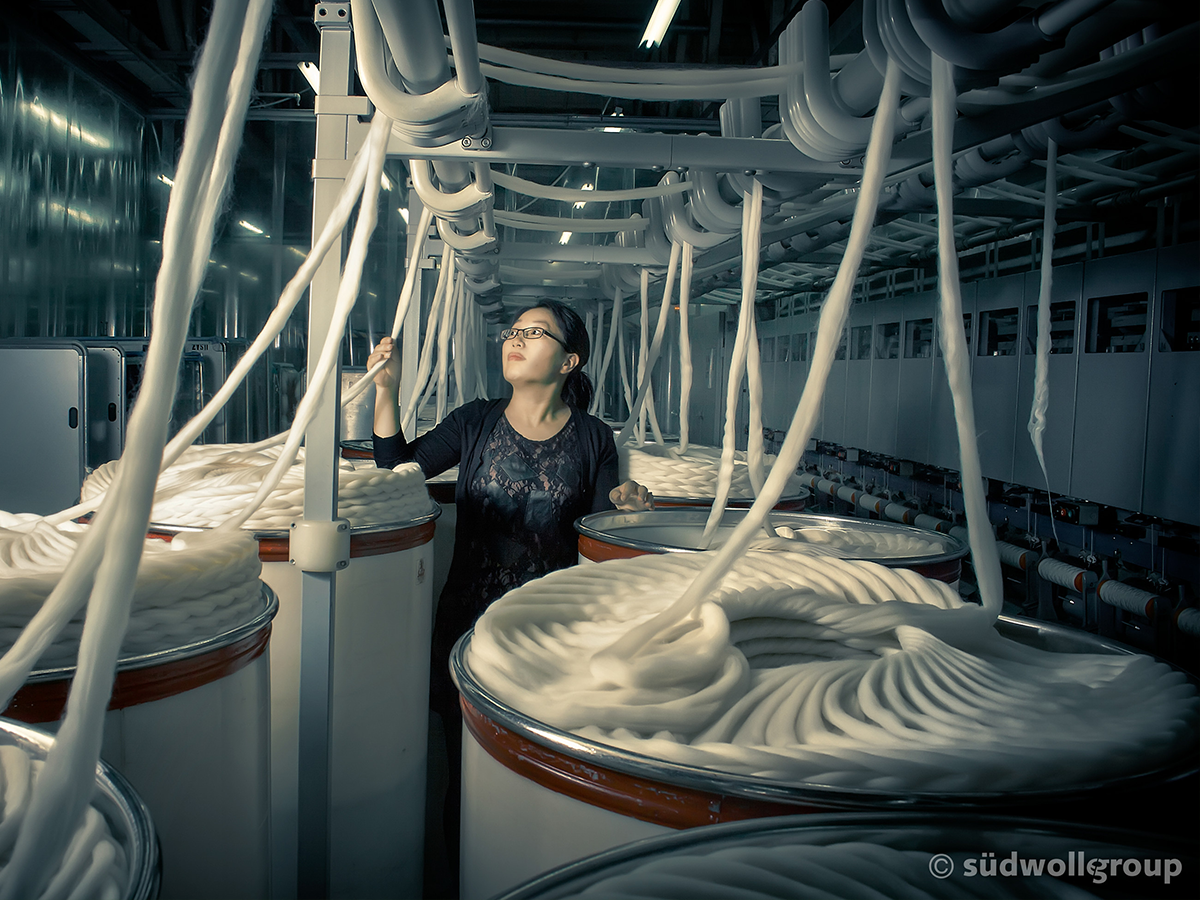 The wool is washed and prepared

Have you ever tried snuggling your hand into the wool of a sheep? If so, you’ll know that your fingers get covered by a greasy layer. Wool actually contains lanolin oil which makes it very greasy. Lanolin oil is very good for our skin, but to be able to use the wool for clothes and textiles the majority of the oil has to be separated from the wool. .

The first step in this process takes place at the Combing Mills. In addition to the lanolin oil that makes the wool greasy, it is often very dirty too. Sheep graze freely over large areas of land and often move about in terrain that makes mud, sand, twigs and other dirt get stuck in the wool. This has to be washed out before the lanolin oil can be separated from the wool.

The wool is washed in large machines comprised of several basins of washing detergents and water. Usually the wool gets transported between six to eight different basins with the first two or three containing warm water and washing detergent and the rest of the basins containing only clean water. As the wool passes through these basins most of the soluble dirt disappears from the wool.

After the first wash, the wool is dried with warm air before it is time to separate the wool from the majority of the lanolin oil that is naturally found in wool. A machine is used to separate the lanolin oil from the wool which pummels most of the oil out with a great force. Imagine something like when a washing machine spins the water out of clothes. Once the wool has been separated from the lanolin oil, it has to rest in an enclosed room to recuperate its even moisture balance. Thereafter, it’s time to comb the wool into something referred to as wool tops.

This takes place in two steps. First the wool is carded and combed so that fibres lie parallel to each other. Any remaining contaminants in the wool disappear and short wool fibres are sifted out. The wool then becomes like a web that is then clumped together into long strips of combed wool. The wool is stretched out several times to pull out some of its crinkles. Thereafter the wool tops are ready to be sent to the dyers.